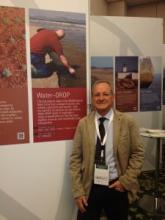 Under the Italian Presidency of the Council of the European Union, in order to mark the passage to the ENI (European Neighbourhood Instrument) CBC Med 2014-2020 Programme, Joint Managing Authority... more» December 12th 2014 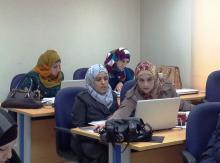 Given the fact that the water management is a key priority for most of the Mediterranean countries and that most of the water problems are due to the mismanagement of water resources and... more» December 11th 2014

In the framework of Water-DROP project activities, and with the aim of disseminating project knowledge on water management to local population and in particular to women, exchange experiences and... more» December 10th 2014 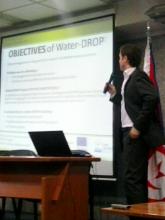 Water-DROP at first Conference of LANDCAREMED Project in Lebanon

The ENPI CBC MED funded project “LANDCARE MED” successfully organised an Conference on Sustainable management in Lebanon, on 20th November 2014. In the presence of representatives of 5... more» November 20th 2014 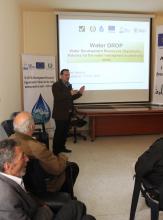 Water-DROP Seminar on Phytodepuration with trout farmers in Lebanon 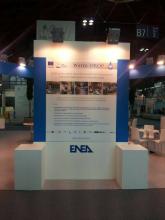 Ecomondo Fair ( http://www.ecomondo.com/) is the reference platform for the Mediterranean basin on the principal European and international strategies for... more» November 5th 2014 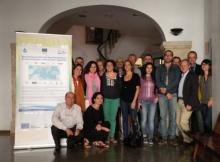 Project Management Unit and Financial Board Meeting in Valencia, Spain

The United Nations Institute for Training and Research (UNITAR) in Geneva will be launching a new session of the e-learning course Governance in Urban Sanitation.This course aims... more» October 6th 2014 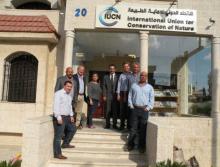 The Steering Committee Meeting was held in Amman on 29th September 2014 and was hosted by IUCN ROWA.

As decided during Water-DROP KoM in Rome in May, the members of the Steering Committee... more» September 29th 2014 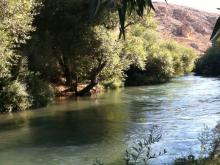