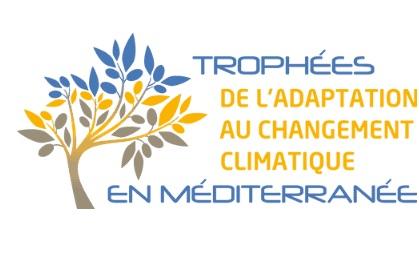 ADEME launched with its partners the 1st edition of the Mediterranean Climate Change Adaptation Awards,  from May 25th until September 16th 2016, and the awards ceremony will occur during the COP22 in Morocco.The Mediterranean region is particularly vulnerable to climate change consequences. Indeed for the end of the century the forecast plan an increase of the average temperatures between 3 and 5℃, a drop of precipitation of 35% on the South side and of 25% on the North side as well as an increase in the sea level between 20 and 60cm. This evolution of the climate will cause several and strong human and socio-economic consequences: a reduction of water resources, acceleration of desertification, an increase of mortality due to strong heats, aggravation of littoral risks (erosion risk and submersion, etc. During the 1st forum of the Mediterranean climate actors, MEDCOP21 in June 2015, in Marseille, numerous initiatives have been presented to prepare the Mediterranean territories to climate change adaptation. With its experience at the national scale launched in 2014, ADEME with the support of its partners has launched the first edition of the “Mediterranean Climate change Adaptation Awards” at the 4th Mediterranean association of national agencies for Energy Efficiency and Renewable energies sources (MEDENER) conference on the Energy Transition on the 25th of May in Algiers.MEDENER, Union for the Mediterranean (UpM), the Mediterranean Commission for United Cities and local Government (Med Commission CGLU), Plan Bleu and the Mediterranean experts of climate change (MedECC) are partner with the competition.further information can be found at following link:http://www.ademe.fr/trophees-ladaptation-changement-climatique-mediterranee