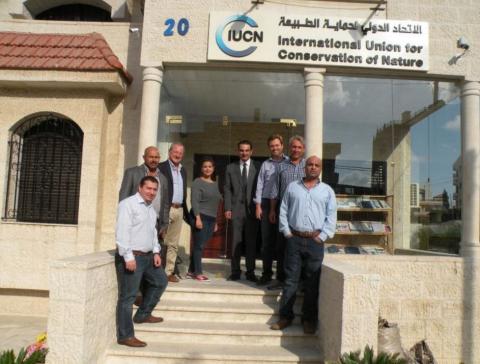 The Steering Committee Meeting was held in Amman on 29th September 2014 and was hosted by IUCN ROWA.

As decided during Water-DROP KoM in Rome in May, the members of the Steering Committee were identified as the responsible of the Scientific Institutions. To the SC in Amman, the following members have participated:

The Project Coordinator, Mr Ceccarelli,  reported the Steering Committee duties and aims, and the project state of the art showing the actions just realized and those to be realized within the 17th December 2014 (end of the first year of implementation period) related to WP1 (Management and Coordination) and WP2 (Communication). Mr Lelli (WP5 Coordinator) revised the actions related to the Pilot Actions in the 4 Countries.

Attached, all presentations and Meeting Agenda.